“The starting point is Carroll’s two novels but here Alice is not that fairytale but very disenchanted: metropolitan accents and underground atmospheres define, in fact, the character of a different story, in which dream codes become interpretative keys to anxieties that have deep roots in everyday life.
The result is a visionary, provocative, rigorous story, which opens deep cracks into reality, from which the unsaid, the repressed, the fragility of an existence linked to the critical awareness of adulthood emerge. The characters created by the English writer are transformed, letting what was originally strongly hidden come to light: the revealed duplicity opens wide the contradictions of the world to trigger a mechanism of obsessive questioning about the status of reality. Alice is now a young woman who has to deal with actuality, the rabbit being a reassuring and disturbing male figure at the same time, while card infantry become soldiers ready to load, to outline the complexity of everyday life.”
Loredana Rea, Following the White Rabbit, extract critical text, namesake exhibition at Studio Arte Fuori Centro Gallery, Rome 2014
Lady Bird Shoes 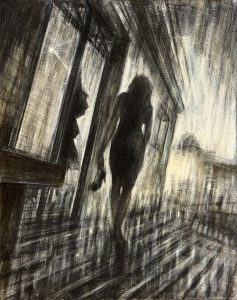 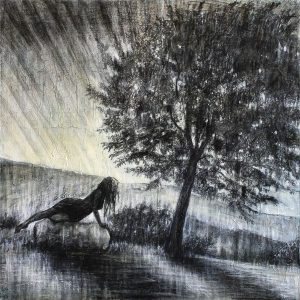 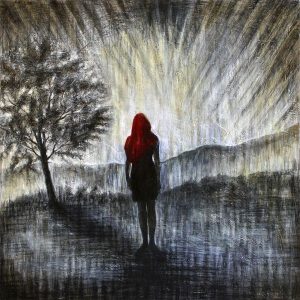 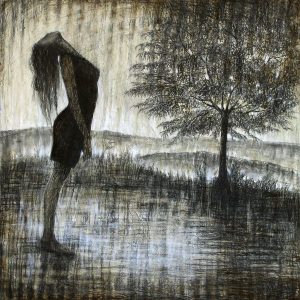 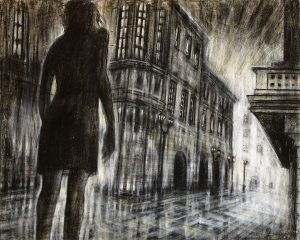 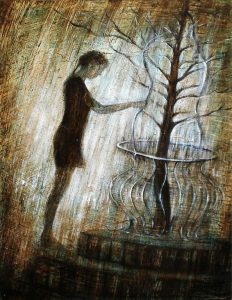 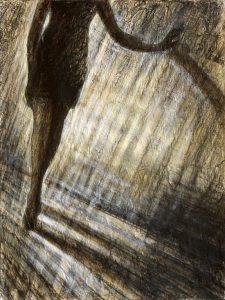 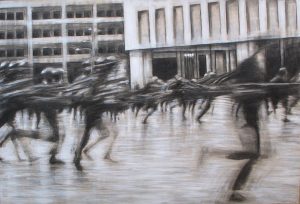 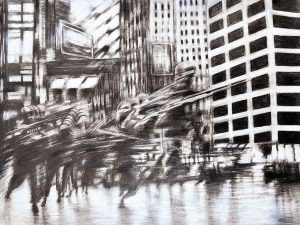